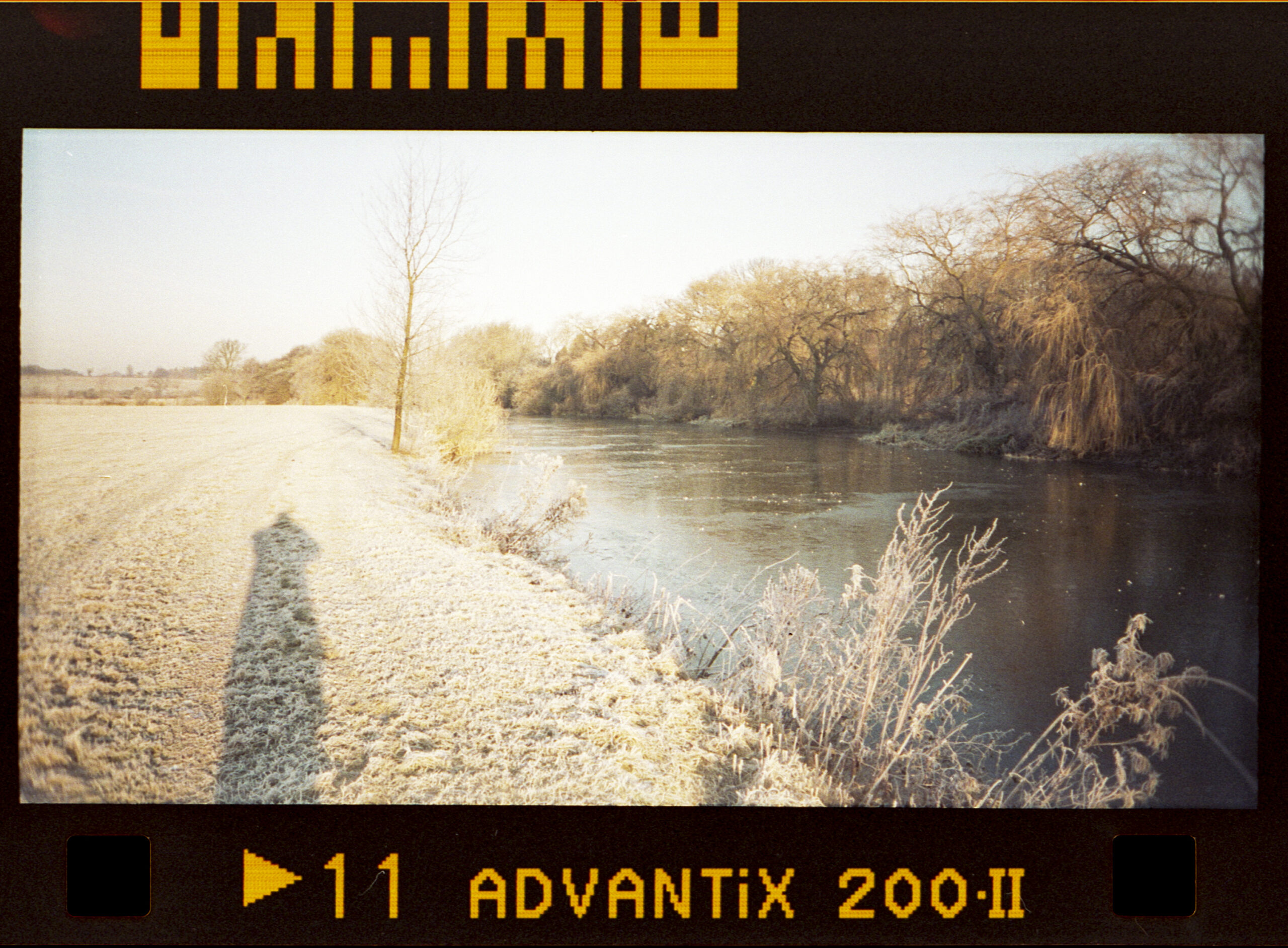 Every now and again I’ll pick up a used and exposed film from Ebay just to recover the memories that have been left behind. There’s always the hope that someone will stumble across the page, or the images might be shared and I can reunite them with their original owners.

If this is your first time here, then you might want to check out part 1 and part 2 of this series as well. Otherwise, let’s dive straight in and see what the very late 1990’s hold for us this time.

It had been some time since I’d deliberately searched for abandoned or unwanted old films. I specifically wanted to pick up a very old film, ideally in black and white and perhaps 120 format. I stumbled across the auction below and offered £5 for the lot.

The Ilford FP3 was exactly what I was looking for and was clearly advertised as being exposed – fitting the bill perfectly. I didn’t particularly want another APS film and this one was described as being unused, but it was a nice bonus with the roll of Ilford.

I should have known better. The photo clearly shows that the ilford cartridge has had the seal broken around the top and bottom. It was not uncommon for films of this age to be completely removed from the can, spool and all, before development. When it arrived, it was suspiciously light in weight and erring on the side of caution, I put it in a dark bag and popped the lid. The spool was empty.

To be very fair to the seller, when I contacted them about it, they immediately refunded the total amount paid – something I didn’t ask them to do as the APS film turned out to be fully exposed, even though it came in its original box.

I pulled the APS film out and it was indeed fully developed. Although I don’t have an APS specific scanner, I could bodge it by cutting strips long enough to be held down in my scanner and chopping the resulting image up later.

The box was a really useful addition because it gives two key pieces of information – the expiry date and the copyright date. The Copyright is 2000 and the expiry 2002, which would let us fairly firmly place this film as being likely shot in 2001. The images on this film certainly don’t look a second later than 2001 going on the fashions and furniture.

The first image of interest is the one above, which introduces us to a woman who is with her grandparents. Look closer, however, and there is a rather proud looking pigeon that’s come to join them. Turns out this wasn’t a coincidental avian photo bombing opportunity, it looks like they kept it (and maybe others) in the contraption shown below.

I know absolutely nothing about pigeons except for the fact that there are millions of the things and they always seem to sit and make new pigeons on the local rooftops right around teatime each evening. Is this a posh pigeon? A thoroughbred Speckled Jim in the making? Could be…? You tell me!

The film actually begins with a celebration for our grandparent couple – their 50th wedding anniversary no less. There have been some sizeable flowery gifts given in honour, but what I’m concerned about is what they keep by the front door. No, not the horse walking stick…

Another picture of the cards, flowers and that very fetching horse walking stick. A special mention must be given to the swirly whirly carpets that were so popular in the 90’s. But that one bunch of flowers is still concealing the surprise hidden by the curtain. Shall we look at another angle?

Grandma definitely keeps a gun by the front door. I instantly have questions about where they live and why there is a need to casually prop your rifle up by the door, you know – just in case. I’d love to have seen the face of the sales person who knocked on their door, took one look inside after smiling at the occupants before suddenly finding an excuse why you’d no longer be bothering them.

I have nothing further to say on the gun – if this happens to be your film, I’m sorry I have it, please don’t shoot me.

Having not shot anyone for a while, Gran is now celebrating Christmas. I think mom has now made an appearance and we’re starting to piece the whole family together. I’m fairly convinced this is the same girl from earlier, it’s really hard to be completely sure though. The only facts we have is that we are now 15 or so pictures later on in the roll, so it’s definitely after the wedding anniversary pictures in date terms, but is that even the same grandparent? I’m second guessing myself now.

Let’s do a side by side:

Same people? There are definitely strong similarities. It’s hard when you’ve never met someone and only have two pictures, probably months apart, to go on. I’m going to settle on yes, they’re the same people. Feel free to drop me a comment if you see something I don’t.

At Christmas we are introduced to dad, doing what dads do – occupying the chair by the TV.

I wish I could see what’s on the TV, that would be amazing to work out but it’s far too vague. What we can tell is there’s one hell of a record collection down there, it wasn’t a white Christmas and how quickly do we forget that old boxy CRT TV’s were still the norm until much later – probably around 2006/7 ish. Time gets compressed so much when you get older, I seem to remember everyone getting new TV’s earlier than that, but it can’t have been. Anyway, Dad looks happy regardless.

The only remaining mystery work to do here is to decide which grandparents they are. Going on the image above I’m going to say this is mothers side of the family, but honestly, I’m so bad at working these things out.

So far, I’ve not been able to find a single clue in any of these pictures that would help to identify where in the country we are. The house is a super generic 1950’s special, the back garden doesn’t reveal anything and the pigeon isn’t telling either. Maybe these winter walk pictures would cast some light on the matter:

The only problem is that there are zero landmarks to go on. Not a single building or thing of note anywhere to be seen. It’s certainly very flat, Norfolk flat almost, but it doesn’t remind me of anywhere I’ve been.

A little further on down the river and we’re still doing no better really. Nice shadow, though, which makes me wonder who’s camera was this? Going on the fact they appear so infrequently in this roll, I’m going mom or dad, but it could be the daughter too. It’s not the grandparents camera, I don’t think anyway.

And that’s it for another mystery roll. There’s nothing more of significance or interest that I’ve noticed in any of the pictures, but it was an interesting window into someone’s family life at the turn of the millennium. As with all of these films, it really is a shame that these pictures have been cast aside or otherwise lost and until now have remained unseen for anywhere up to 20 years.

If you or anyone else can identify the people or places in these pictures, please do get in touch. I shall leave you with a gallery of the whole roll.