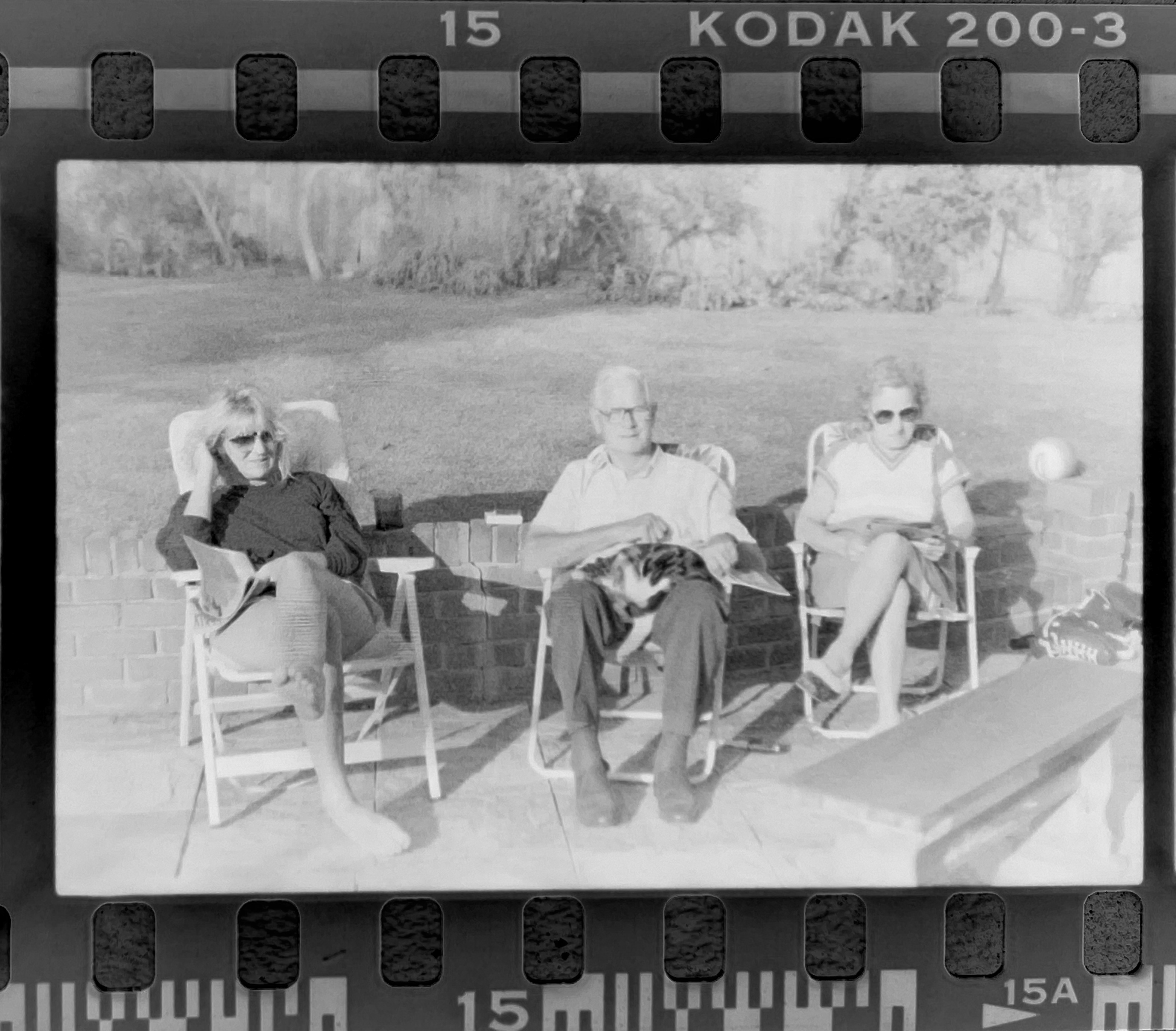 Every now again a camera will come up for sale which still has a film left in it, usually in various states of exposure ranging from completely used to only just loaded. If you’re a regular reader you’ll remember I recently had some experience with this from a roll of Kodak Gold 400 that had been left inside an old compact 35mm camera and a roll of APS film in my Canon EOS IX7 review. It’s a total lottery developing these old films, sometimes you end up with absolutely nothing, on other occasions you’ll discover that the film is so old all you get is so much grain it looks like you’ve just detuned an old analogue TV.

If you’re lucky, now and again you’ll develop a film which contains usable images and this is why people will actively seek out exposed, used film – for the stories it may tell. Discovering old, forgotten images is a three course meal for the imagination. You sit there looking at the pictures wondering who the people are, why they took the picture, what was happening, where are these people now, what happened to them.. the list of questions goes on and on. It’s always a challenge to try and work out how old the film was, when the pictures were taken and even if it is possible to locate where they were taken. If I had the skills, I’d certainly find who owned the film originally and return their developed images to them. Who knows, maybe someone reading this will be able to shed light on the real truth behind the images you’re about to see.

I purchased four used films from ebay from a seller who stated they’d gathered them from used cameras purchased at car boot sales. No other information was given other than they’d been carefully rewound and stored until the sale. This seemed to be fairly accurate from the results I got after development.

When I came to develop these films I was riding high on the success of my last experience with Kodak Gold which had come out really well when processed in Rodinal. The correct colour development process is called “C-41” and is pretty much identical for all colour films of the same ISO. With this in mind, I put the ISO 200 films together and treated them in exactly the same way. Previously, I’d given ISO 400 18 minutes to develop, considering that ISO 200 requires slightly less development time, I knocked those down to 16 minutes and 30 seconds. This was entirely guesswork, I could find no documented development processes for the individual films I had and frankly, I didn’t want to spend an excessive amount of time on research – I wanted images!

I’ll freely admit that I was firmly in turbo development mode and didn’t take the usual patient, methodical approach due to the sheer volume of film I needed to process in one go. At the same time as these 35mm films, I also had some APS I wanted to get done. In all, I developed five films in a very short space of time and consequently, I’m not sure the temperatures and timings were ideal.

Every roll came out – there were images there and if I shone a light through the negatives then there seemed to be a reasonable amount of detail. Cross developing colour film in black and white chemicals isn’t a great idea to begin with because the negatives always come out a lot darker than proper black and white emulsions. This became a problem later when I came to scan the resulting negatives – my old scanner could happily “see” two of the films, but another two it point blank refused despite the negatives looking relatively clear under the scanners own backlight.

I don’t know if I over or underdeveloped these two films. I actually think it was a case of under development, but some parts of these films were unexposed and those sections came out completely clear as they should do, so I really don’t know exactly what I did wrong. This is where a great deal of experience would come in handy – I know how to develop a film fairly reliably, but developing unknown age colour film in Rodinal is entirely new to me. Long story short – I’ve had to resort to some serious ghetto “scanning” methods….

Anyway, like me, you probably don’t care for how they came out of a developing tank, you’ll be wondering what I found on those rolls. I shall keep you waiting no longer.

I’m going to go out on a limb and date this film to approximately 1995. I can be certain it’s no earlier than 1990 due to a car registration in one of the frames, but come on – look at those hair styles. Where else are you going to find so many centre partings, curtains and bowl head cuts than firmly in the mid 90’s? What a time to be alive. In fact I’d go so far as to say the young man on the very bottom left has the exact same extremely fashionable haircut that I had in 1997.

So we start out with what appears to be a rather successful local or school football team, they’re absolutely loaded with trophies. I think there’s enough detail in their faces and indeed the backgrounds that someone could identify where this is and possibly who these people are. Show it to people you know, see what they think…

This film had more to offer than just some memories of a great season of youth football, it also documents a family trip to France. How do I know they went to France? Well, it says “piscine” and even I paid enough attention in Year 8 French to know what that means. I know, I’m wasted not being a detective chief inspector. If any law enforcement officials are reading, I’m looking for a career change, get in touch.

The other give away is this very stylish and modern Citroen poking itself into the frame of the camp site they appear to have stayed on. I’m presuming they took a caravan or a massive house of a tent on holiday as the place is full of them. Good job they went in the 1990’s because if that were today, they’d still be trying to cross the channel in 2045.

There is one frame from this roll of film of their holiday which I cannot show you for, er, reasons of decency…. However, I give you this portrait taken whilst hanging the washing out in what can only be described as an epic garden. Just look at those massive mature trees and acres of space. Maybe it’s just perspective but I feel sorry for that poor little Flymo, there’s no way they got around that field of a garden with that in less than a week.

So we can presume that this lady must be the Mother of one of the children in the previous football team photo. If that is the case then we can start building something of a family tree because I think a previous frame (above is 20, below is 15 – pre hair volume boost) shows the same woman with what could possibly be her parents.

I think this is the same cat too:

And that, other than a rather blank landscape, is about it for this roll of film.

Let us do some classic back of a fag packet calculations and assumptions. The film is no older than 1995 and probably no later than 1999 (no one would be seen dead on roller blades that late in the 90’s). The woman who features in multiple pictures is difficult to age, but we can presume she has children and that she looks approximately, what, 35 at least? That would make her around maybe 63 ish today? I don’t hold out much hope for the other people in the image above still being alive.

More amusing is that the football team must now be well into their 30’s. It would be fascinating to know what they all went on to do, or turned into since that photo was taken.

Anyway, over to you, the hive mind of the internet. Can anyone identify the people or places in these images and, who knows, take us a step closer to maybe returning these images to the people that they would actually mean something to?