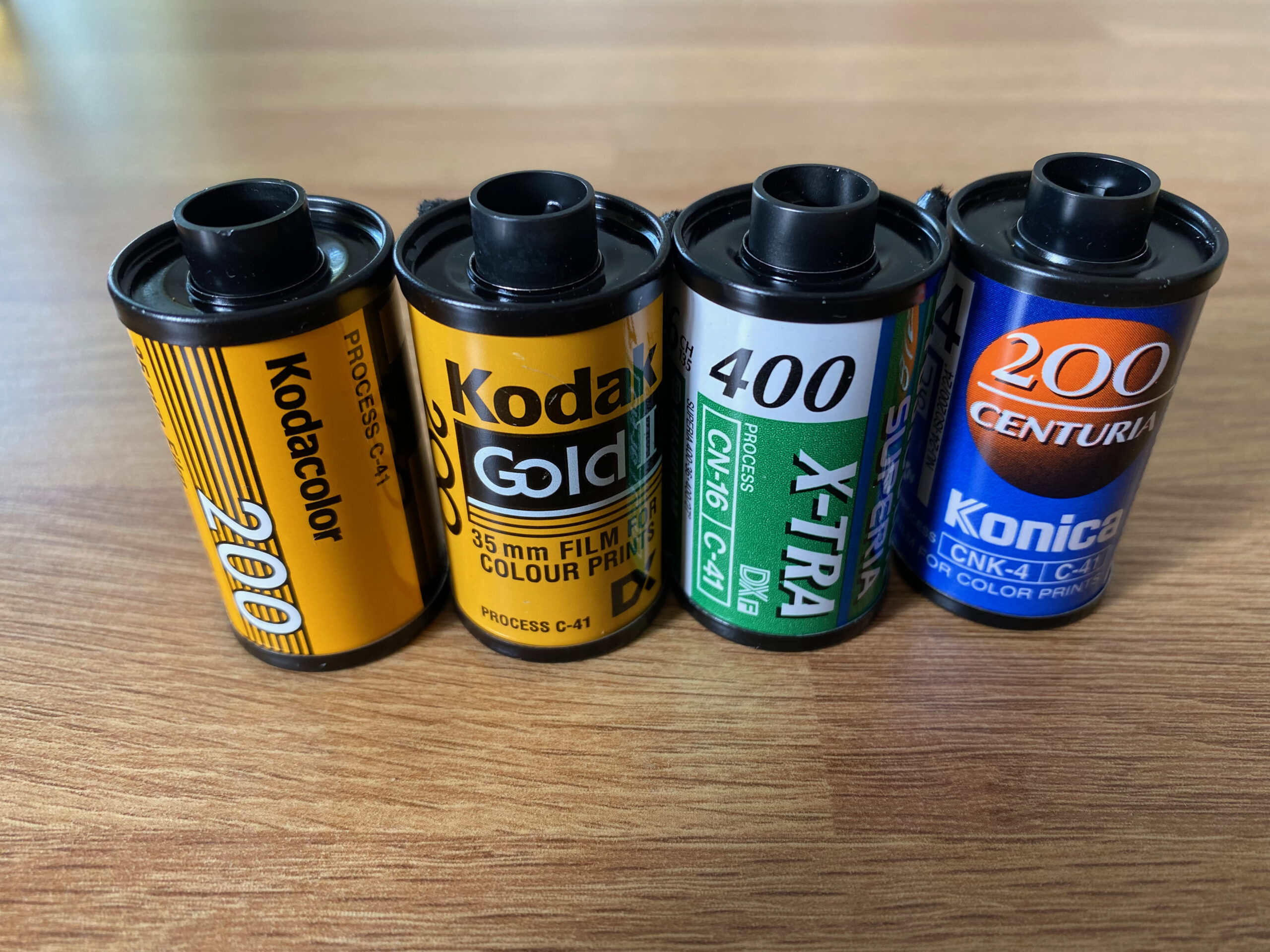 Previously we went on a journey through someone’s abandoned family photographs, ranging from children’s sports teams, family snapshots, a holiday to France and an unfortunate lack of clothes which, sadly for you, I omitted for the sake of good taste.

Today we’re going to look at the remaining mystery films and once again leave the pictures out there on the web in the hope that one day, someone sees them and we can reunite them with their original owners. The previous post has been seen over 100 times (not bad for a site no one knows about) but sadly I still have no idea who those people were. Let’s try again!

First up was a roll of Konica 200 Centuria, a film I’ve never used and know absolutely nothing about. This film is one I’d love to see reunited with the original owners because it contains some great family memories, especially of their kids.

We begin with what must have been some kind of school nativity play, complete with superb costumes and frankly the best fake beard I’ve ever seen. The star of the show, as far as this film is concerned, is the boy on the left wearing a very fetching hat and poncho.

Later on, his character transforms into… Elvis?

By now, I’m totally lost. I started out thinking it was a nativity, now I just haven’t a clue. Perhaps it’s a bit too modern for me to understand.

I’ve been trying to find clues to date this film and its proving really difficult to see anything that I recognise as being definitely from one specific era. I don’t think the pictures are all that old, however.

It turns out our acting superstar has a younger brother and a sister who looks to be of a similar age. This visit to Santa and a couple of other images are why I thought it was a nativity play in the pictures above, but I’m still no closer to working out a date. The clothes these kids are wearing look relatively modern to me.

Oddly, their trip to see Santa appears to have taken place in some kind of dinosaur museum or exhibition and this is what gives us our first clue as to where these pictures were taken. Take a look at the photo below:

The display behind them is the only definite information that I have to go on from this whole film. A search for one single place that has swimming, pets, dinosaurs alive and miniature railway brings up a place called Hatton World of Adventure in Warwick.

I’m more convinced this is the right place because they advertise on their site that they run a Santa’s Grotto each year and an exhibition called “Dinosaurs Alive.” Whilst other places seem to have dinosaurs and animals, I could only find Hatton that also had swimming and a garden centre (for the garden buildings) in the same place. I could be wrong, but it would be a pretty big coincidence if there were two places that offered the exact same mix of activities as well as a Santa experience.

Finally we have a really cute birthday party going on that seems to be led by a children’s entertainer. I actually can’t see any of our three from earlier in the first shot, nor in the one below so I don’t think it was a birthday for any of them, indeed in the final picture it seems like the little girl with the tiara on is the one about to blow her candles out.

That’s it for this film, definitely someone is missing some lovely memories of their family here. I’m going to go out on a limb and suggest that this film is no more than 10 years old and the backgrounds/people here should be fairly recognisable. Feel free to leave a comment if you have any clues about location or identities.

This final film is going to be a shorter experience as it can be summarised as “a trip to the pub and gran in her garden.”

There are a lot of very recognisable faces in these pictures, but putting a location and timescale on these is going to be more difficult than any of the previous two films we’ve looked at. In the image above it looks like some kind of hotel or pub. I tried scanning this negative in the highest resolution possible in order to zoom in on the menu for some kind of name but it wasn’t clear enough.

I think this is a seaside location, going on the view out of the window and the type of buildings that can be seen out of the window in the first image. The cars in the carpark do not strike me as being particularly old, but again there isn’t enough definition to hazard a guess as to makes and models.

The only new detail these images give us is that they stayed there until the evening and the lady in the right hand image is related to the older lady – they have some very similar facial features. Going on how everyone is dressed and the clue from the cars in previous images I would hazard that this film cannot be older than 15 ish years. Instinctively I think it may be younger than that in reality.

We now move to where the older couple must live and it seems like quite some time has passed between the meal out pictures and these garden shots. The lady in the picture has certainly aged since the pictures in the hotel/restaurant were taken.

These garden and house pictures don’t seem to have a great deal of purpose and were perhaps taken just to finish the film off in order to get it developed. I’ve no idea why ultimately it ended up not being processed. There are a series showing views from both rear and front gardens.

They’ve got a lovely, well looked after garden, but still no real clues that help us identify a location or time. The final two images, however, might give us one possible pointer:

I say might because I’ve no way of telling if this is actually their front garden or not. This film was definitely finished off by someone else, the last few pictures are of random things like post boxes and are really, really recent so I’ve discounted them.

I know nothing about cars, so I asked someone who is clued up on these things and they identified them as a mark 1 Subaru Impreza and a Lexus RX300. The Lexus was built between 1998 and 2003, so if brand new in that image it dates to 1998 at the earliest, but that doesn’t fit with the fashions seen in earlier pictures – 2003 seems more likely for an early date. However, we all know cars live for at least 10 years, so that gives us a window of 2003-2013.

Looking on the excellent How Many Left website helps to narrow it down slightly. The RX300 peaked sales in 2005 and tailed off thereafter. There were never that many on the roads in the UK in total. Sticking my finger in the air, I’d put my money on this being between 2003-2008.

So there we have it, the last of the mystery films. It’s over to you now to see if you can add any more detail to the background of these images!