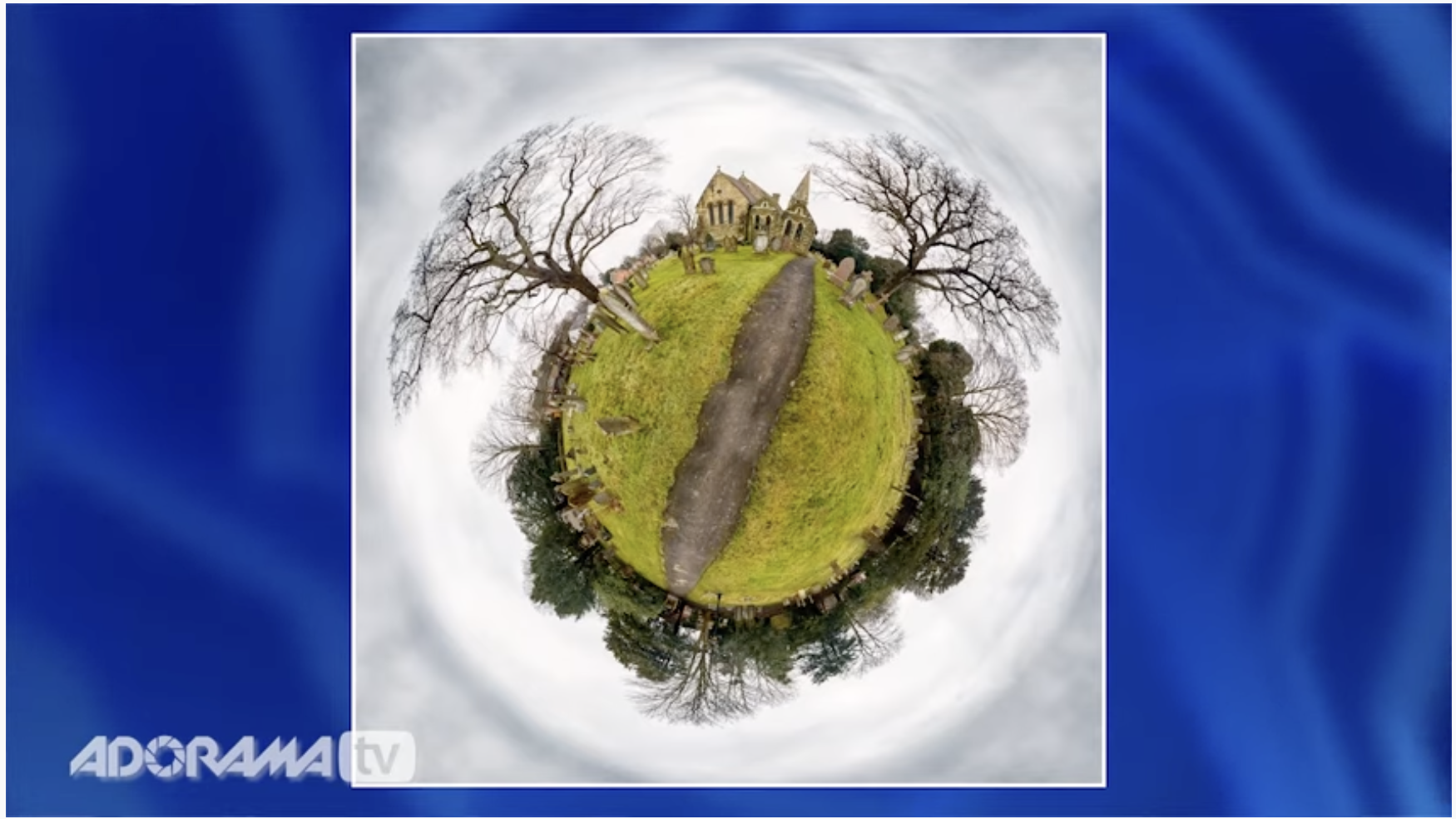 Recently I repaired a fungus infested Canon 30D and during the testing I tried to shoot a “mini planet” panoramic. If you don’t know what that entails, I can recommend the excellent video by Gavin Hoey linked here. In short, you have to shoot three sets of photos that cover the full 360 degree panoramic of where you are. One shot is in the middle, one with sky detail, one with floor. You then stitch all these together in Photoshop.

As you can imagine, shooting a full 360 degrees worth of pictures will generate a lot of images. Moreover, those images are of a reasonable size (8.2MP in the case of the 30D) and in my case I took 77 images in total. Put simply, there’s a lot of data to crunch to put a final panoramic image together and consequently this gives even modern, powerful computers quite the work out.

What I didn’t expect, was just how much of a workout it appeared to give my current desktop PC. The results of what happened will surprise you, as it did me.

Try along at home

Before we begin, if you want to play along at home you will need:

I would be really interested to hear about the different results people get on their systems.

To give some context, my desktop PC isn’t great but it isn’t old and slow either. It’s a perfectly cheap, by modern standards, but capable machine for photo editing and the odd game here and there. If you don’t understand or care about PC specifications, don’t worry as it makes little difference to understanding what is going on in this article.

I loaded the images in and began the process of merging them together. It very quickly popped up with a progress bar and then it sat there. It sat there for a long time, so long that I thought that it had given up the ghost and crashed. I waited a few more minutes (actual minutes, not metaphorical ones) and then just nuked it in task manager.

I tried again and got the same outcome of a seemingly unresponsive Photoshop that didn’t seem to be. making any progress with the final image. Out came Task Manager (thanks, Dave) and again I killed the process. To be clear, I wasn’t just waiting 30 seconds and giving up, during one attempt I made lunch for the kids before deciding it had been long enough. I scratched what’s left of the hair on my head and decided to reboot and give it one more go.

You’ll be stunned to hear that I experienced the exact same thing again, but this time I decided to just leave it whilst I did something else.

I used to be a complete and utter dedicated Windows stalwart when it came to computing. I used to find Macs intensely infuriating to use, not to mention that when they used Intel chips you were paying at least a £500 premium just to have them inside a nice case.

This changed when they released their M1 chips and, for reasons I’m still not clear about, I decided it was time I gave them a proper go and bought the cheapest Macbook Air they did. Since then this has become my main machine, but I’ve not really used it for power hungry tasks or photo editing simply because of the lack of RAM – at 8GB it’s quickly going to run out of headroom and will give a noticeable drop in performance.

Having said all that, I thought I’d see what difference it would make running the photo merge on the M1, fully expecting it to take a lot longer than pretty much any desktop machine. For context, you’d always expect a desktop machine of similar age to outperform a mobile device simply because mobile devices are designed to maximise battery life rather than all out processing power. There’s also the issue of heat – a laptop device struggles to dissipate heat far more than a desktop because of… physics. There’s no room in a slim laptop for a whacking great big heatsink and fan.

What happened next was astounding, or at least it was to me at the time.

Whilst my desktop was still grinding away doing nothing at all, the Macbook Air just crunched through the photo merge and in a few minutes dumped a final, totally pointless, image on the screen. I couldn’t believe my eyes.

Throwing all the power we have at it

To check this wasn’t a one off I rebooted the Macbook, closed everything but Photoshop and ran the same test again.

It completed the merge in 9 minutes and 48 seconds.

A task taking several minutes on a modern computer shouldn’t seem impressive, but in context it’s definitely to be expected. The Macbook as mentioned is severely RAM limited and so when it’s smashing these pictures together it’s having to do a lot of moving data back and forth between memory and storage. Furthermore, unlike the desktop counterpart, it doesn’t have dedicated graphics RAM which Photoshop is capable of using.

Everything points to the fact that this machine should have no chance against something with much greater resources, it just doesn’t make sense. Just as I was extracting my jaw from the desk, the i3 sprang to life and finished the merge. How long had it taken?

Sit down. Brace yourself.

26 minutes and 16 seconds. Twenty six minutes. Nothing takes 26 minutes on a modern PC, or at least not that I’ve asked one to do in the last few years. What was going on?

I’d convinced myself that something must be broken for it to take that long, so I sent the files to a friend and asked them to perform the same experiment on the same software set up. For the geeks amongst us, this is a reasonably interesting comparison, as the table below shows:

Based on CPU alone, this alternative machine is 25% faster than my i3, despite being three generations older. Furthermore, it has double the memory at 32GB and an almost identical graphics cards, it is not wanting for performance. On paper, the i7 should be able to compute the photo merge at least 6 minutes quicker than my i3, bringing it in at around 20 minutes.

The actual result was 10 minutes and 57 seconds. Something more is at play here than simply CPU performance.

During the merge, my i3 machine was pegged at about a constant 40% CPU use, the i7 at 22% which shows that both had room to spare. It is more likely that RAM, storage and GPU are deciding factors in the massive difference between the two machines and I think most likely storage is making the biggest difference followed by amount of RAM. Even so, a halving of the time taken is extreme.

What’s more astounding than these two results, is that a laptop with no fan can out perform all of these machines.

Before anyone gets too excited, yes of course I own a low end desktop chip and you can absolutely buy much faster processors than any of the ones I’ve discussed in this post. You can certainly get a machine that will chew through the photo merge task in a few minutes, maybe less. That’s not really the point.

What I’ve learned is that even with modern kit, it is still the case today that it matters what components you put together to build a PC. It matters even more that you understand how your computer works and what difference each part has to the performance you require.

More than all of this, I’ve learned that for nearly 99% of daily computer use it really doesn’t matter what you have as long as it is relatively recent (5-8 years even) it will work just fine and you won’t want for better. However, there are still these niche or unusual tasks that really push all of your components, especially storage and memory, to the absolute limit. This is why professionals who rely on computers for heavy workloads on a daily basis can justify spending £5-10,000 on a desktop machine that means they can get on with work rather than making friends with the teapot again.

I have seen the very real proof that the hype around Apples latest kit is not just people getting excited about shiny, curvy metal computers. There is genuine substance to the incredible chips they have created and for probably the first time in computing history, their prices can actually be considered reasonable, if not cheap for the sheer performance and convenience they are offering.